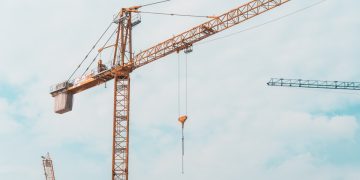 THE government has ordered manufacturers and dealers to immediately increase production and supply in a bid to cool soaring prices for building materials.

The latest directive comes in the wake of ever-rising costs of building materials caused by the shortage of such materials, with the government suggesting that the crisis is artificially created.

Investment, Industries and Trade Minister Dr Ashatu Kijaji said yesterday that current scarcity and high prices of the materials have been deliberately created by the manufacturers and dealers.

“We have discovered that manufacturers are producing below their capacity, the dealers are selling the materials at higher prices taking advantage of the high demand in the market,” said the minister.

Dr Kijaji warned that the government would not tolerate the evil mission of a few business operators, be it manufacturers or distributors, who deliberately hurt the public economically by hiking prices for their personal gains.

She directed the Fair Competition Commission (FCC) to control the black market, as it is the reason behind the hiked prices of not only the building materials but also other commodities like soft drinks.

Dr Kijaji warned that stern legal actions will be taken against the culprits as the move warrants economic sabotage.

The manufacturers have also been directed to have a clear supply and distribution system to the dealers and retail business persons, to avoid delays of the building materials which create artificial shortages, thus triggering high prices.

She said the ministry had formed a special committee to investigate the reasons behind the shortage and price hike of building materials and soft drinks between November last year to early this month.

After a number of meetings with both concerned parties, the committee came out with the findings, which clearly indicated that manufacturers of building materials are creating artificial shortage as they produce below their capacity.

Moreover, she said, the high prices of steel bars and cement does not reflect the ration of the transport and distribution costs. On top of that, the minister said the cement prices in the market do not reflect the production cost as well as the price ratio compared to neighbouring countries.

Dr Kijaji also said the market prices of cement does not relate to the law of demand and supply since manufacturers are purposely delaying the supply chain to create artificial shortage especially to small and medium wholesalers.

According to Dr Kijaji, the manufacturers have been directed to increase production as per the factory capacities to meet the market demand.

She said currently, there are 17-cement manufacturing factories in the country which produce only 58 per cent of the capacity thus they are capable of meeting local consumption and export, if they increase production.

As for steel bars, she said, there are 16-factories with the capacity of manufacturing 1,082,788 tonnes a year but they are only producing 750,000 tonnes.

The minister said high prices in building materials have increased the costs of the ongoing construction of health centres, classrooms, infrastructures and other strategic projects.