President Muhammadu Buhari on Thursday in Lisbon called for an increase in the volume of trade with Portugal as well as diversification to non-oil products.

The President spoke at an Economic Seminar between Nigeria and Portugal businesses during a State Visit to Portugal.

According to a statement by his media aide, Garba Shehu, he noted that the two countries were in dire need of new investment opportunities following the devastation on global economies caused by the COVID-19 pandemic and, in recent times, the impact of Russia-Ukraine conflict.

“The relationship between modern Nigeria and Portugal started over 40 years ago with strong collaborations on the diplomatic and defence fronts.

“I was very excited to learn of the increased level of enthusiasm Portuguese businesses have shown towards Nigeria.

“In the past 25 years, trade between Nigeria and Portugal has more than doubled to over $1 billion by 2020 just before the COVID-19 pandemic.

“This has been mostly in the oil and gas sector. Although this is great progress, I strongly believe we can and should do a lot more,” he said.

Assuring the Portuguese government of Nigeria’s support to Portuguese companies wishing to invest in the country, the President said: “The Portuguese were the first European voyagers on record to visit the shores of Nigeria in the late fifteenth century. And just like how African culture is influential in modern Portugal, the Portuguese culture is also felt in today’s Nigeria.”

He announced that recently, the Government of Nigeria awarded a contract to Mota-Engil, a Portuguese company, to construct a railway line that connects Kano in Northern Nigeria to Maradi in Southern Niger Republic.

He added this partnership would surely open doors for more Portuguese companies to come to Nigeria, as the largest and most populous economy in Africa.

“Just two months ago, Portugal opened its first North Africa Trade Chamber. This will complement the Chamber in South Africa.

“I am confident after your interactions today on the tremendous potential in Nigeria, we will soon be hearing an announcement on the opening of the Nigeria Portugal Trade Chamber.”

“I strongly believe this will benefit Nigeria’s vibrant fashion industry.”

President Buhari also used the occasion to appraise prospective investors of the many fiscal, trade and monetary incentives that support foreign investments.

“The Nigerian government officials in this room are on standby to provide all the necessary information you need.

“I have already directed the establishment of a dedicated Portugal working group headed by the Ministry of Industry, Trade and Investment to address any special concerns you may have above and beyond the existing policies in place.

“I want to assure you that we will take these requests seriously and our response will be swift.”

On his expectations for the forum, the President expressed confidence that it was an appropriate platform to establish and strengthen business relationships, share valuable experience, and collaborate for both countries’ mutual benefit.

“Nigeria and Portugal share long historical ties. The relationship between our two countries brought with it trade partnerships, an area that we wish to build upon today,” he said.

President Buhari thanked President Marcelo Rebelo de Sousa of Portugal, who was present at the Seminar, for his contribution, interest and trust in forging formidable economic cooperation between Nigeria and Portugal.

“As I mentioned earlier our two countries have a long, shared history and we now have the power to ensure the next 500 years is built on mutual prosperity, sustainability and greatness,” he said.

In his response, the President of Portugal, Marcelo Rebelo de Sousa, told President Buhari that Portugal could help Nigeria diversify the economy.

“Because we are a very small country, we have huge experience. We have experience in water supply, technology, infrastructure, pharmaceuticals, tourism, agriculture, science, health care, trade, the sea and we want to cooperate with you. We have experienced companies, experienced hands. We have a unique knowledge of Africa,” he said.

On the visit, the Portuguese President said, “Your visit is a new beginning, a new beginning for every sector. We don’t want 30 or 100 companies, we want thousands of companies in Nigeria, we want thousands of Portuguese in Nigeria and that will be your legacy, my legacy, the legacy of this state visit. I’ll be going to Nigeria later on and together we shall see with our own eyes what the outcome of this visit is. This is not a visit of words but a visit of facts and achievements. We will achieve it.”

In continuation of his on-going State Visit to Portugal, Buhari yesterday told the Portuguese Parliament Speaker that Nigeria would continue to seek consensus on the full resumption of democratic governance throughout the West African subregion.

Reacting to profuse commendations by President of the Portuguese Parliament, Augusto Santos Silva on the role Nigeria is playing under the present administration, stabilizing West Africa and Guinea Bissau in particular, President Buhari in a statement by his media aide, Garba Shehu regretted that three countries in the subregion have slipped back to undemocratic, military rule saying that the former Portuguese colony was lucky to have survived those attempts.

While attributing some of these reversals to the process of development which the new nations will pass through, he said Nigeria will continue to work within the framework of the Economic Community of West African States, ECOWAS, to reverse the unwanted situation, stressing that “we have to go back to proper democratization.”

On the failed attempt to topple the elected government of Guinea Bissau, President Buhari said in the process of national development, “we can’t hop, start and jump,” meaning that there are no shortcuts, expressing strong confidence however that the problems will be overcome.

“We will try to support him (meaning Oumarou Sissoco Embalo, the Prime Minister of Guinea Bissau).”

Buhari said his visit to the parliament where he was honoured with a ceremonial parade and a standing ovation inside the chamber by its 120-members was an eye opener to things he had read in history books in his school days.

In an entry into the “Book of Honour” at the Parliament building, President Buhari said:

“My visit to the Portuguese National Assembly is to underscore the strong relationship between Nigeria and the Portuguese Republic, focused on cooperation, respect for global inclusiveness, promotion of investment and trade and adherence to international rules and norms.

“The constraints of the past are behind us and the foundations of a bright, strong future are being put in place by our two governments. There is much to be done in the field of trade, energy, security and other areas.

“As democracies, our systems require parliamentary support for the sort of engagements we want to have in place between our two independent countries.

“So far, I am encouraged by the signals and responses to the historic and great partnership we envisage between our two great nations.”

The President of the Parliament, Augusto Silva, expressed happiness with the visit of a Nigerian President 17 years after the last one, expressing gratitude for Nigeria’s reliable supply of Liquefied Natural Gas, the continuing collaboration in the fight against terrorism in Africa, the patronage of a Portuguese company in the construction of the Kano-Maradi railway line and for the support of the Nigerian government for the elected government of Guinea Bissau.

He gave assurances of the continuing role of Portugal as bridge and ladder between Africa and Europe. 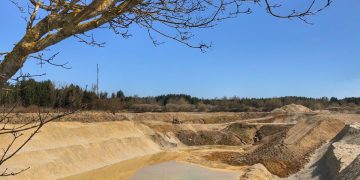 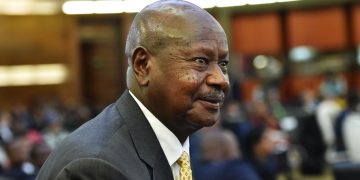 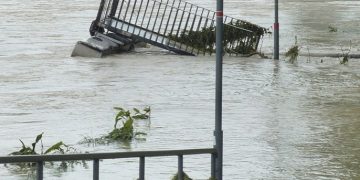 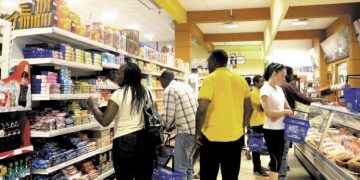 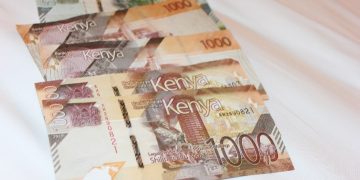