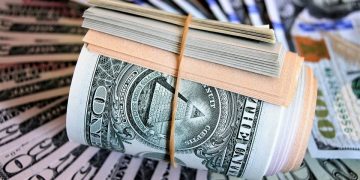 The Executive Board of the International Monetary Fund (IMF) on 9 May approved a three-year agreement with Mozambique that will make available US$456 million for the country, of which US$91 million will be available immediately.

According to the IMF, the Extended Credit Facility will “support the economic recovery and policies to reduce public debt and financing vulnerabilities, creating space for priority investments in human capital, climate adaptation and infrastructure”.

In particular, the funds will support the Mozambican government’s “ambitious reform agenda”. Key policies include the establishment of a sovereign wealth fund to manage revenue from the Liquefied Natural Gas (LNG) projects that will begin to come onstream later this year, mobilising additional tax revenue, and strengthening public financial management and governance.

The IMF notes that a moderate economic recovery is taking place in Mozambique following a real contraction of GDP of -1.2 per cent in 2020, the first contraction in thirty years. It points out that the country returned to economic growth in 2021 and that this is now becoming more broad-based.

It notes that deaths from Covid-19 have been below the regional average but points out that three large waves of infections in 2021 and 2022 moderated the strength of the recovery.

As a result of the economic crisis, poverty increased from 61.9 per cent of the population in 2019 to an estimated 63.3 per cent in 2020. However, the IMF recognises that this was “mitigated by welfare and social protection measures undertaken with international support”.

The IMF notes that the Russian invasion of Ukraine is pushing up fuel and food prices. Even before the crisis in Ukraine, prices were increasing, with inflation rising to 6.7 per cent year-on-year in March 2022, which the IMF puts down to rising global prices and the impact of tropical storms on local food prices.

The IMF deputy managing director, Bo Li, commented that “Mozambique has managed the Covid pandemic relatively well, maintaining macroeconomic stability and reform momentum even as the country has weathered a series of shocks, culminating with the effects of the war in Ukraine”. He added, “maintaining space for social protection spending on the most vulnerable households is an important objective of the authorities’ programme”.

The IMF Board approved the credit facility after considering the report of an IMF staff team visit to Mozambique. This consisted of a series of virtual meetings in January and February followed by an in-person visit to Maputo between 14 and 22 March. The mission held meetings with, amongst others, Prime Minister Adriano Maleiane, Finance Minister Max Tonela, the Governor of the Bank of Mozambique, Rogerio Zandamela, the Minister of Natural Resources and Energy, Carlos Zacarias, and the Minister for Gender, Children and Social Action, Nyeleti Mondlane.

At a Maputo press conference, Tonela said the new IMF programme “also provides for the improvement of budgetary space for financing social protection programmes, covering an additional 30,000 households per year, impacting on the lives of 150,000 people”.

The interest rate on the IMF loan will be zero. Repayment of the debt will begin in five and a half years and the full amount should be paid off in 10 years.