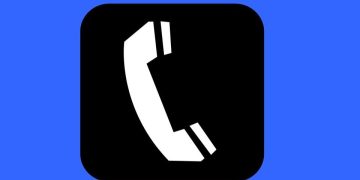 Nairobi — A legislation that proposes to stop your boss from calling you and assigning you duties after you have clocked out has been met with mixed reactions as the Senate commences collection of views from stakeholders and members of the public.

The Employment (Amendment) Bill, 2021, which is authored by Nandi Senator Samson Cherargei provides that an employee can disregard calls or any other form of communication such as email or text from their employer to perform some duties after the working hours.

“Where an employer contacts an employee during the period when there is no mutually agreed out of work hours, the employee shall not be obliged to respond,” the Bill reads in part.

The Bill defines “out of work hours” as hours other than those agreed upon between an employer and an employee in the contract of employment.

“This Bill seeks to address increased employee burnout. Digital connectivity has also been noted to be slowly eroding leisure time for employees hence affecting their work life balance,” Cherargei said in his justification for the Bill.

An employer who forces his employees to undertake an assignment and fails to compensate you will be liable to a fine of Sh500,000 or spend one year in jail.

“The principal object of the Bill is to provide for the right to disconnect in the digital age. The right of employees to have their personal time and privacy respected,” Cherargei said as he defended the proposed law.

However, the Federation of Kenya Employers (FKE) has asked Senators to shoot it down arguing that the bill is too prescriptive by suggesting that employers should be required to develop polices to regulate phone usage by employees outside working hours.

“If the nature of the business requires such shift system or extension of working time to meet the business demands, then such prescriptive nature will kill enterprises,” FKE Executive Director Jacqueline Mugo said.

Mugo further argued that the by passing the Bill, the Senate will aggravate the employment situation for the youth and women in Kenya.

“The Bill will have an unintended adverse consequence on employment of youths and women in this country and who are most vulnerable. The sectors and nature off work to be highly impacted on by this Bill are the low to middle level skilled and service sector operations. These areas predominantly employ youth and women in Kenya,” she stated.